On this International Women’s day it is important to recognise women and men around the world who support the betterment of women worldwide. Whether in any of the many countries in the world, anyone supporting women and making their lives easier and more productive should be hailed as heroes. For all who are fighting to improve women’s lives and the future of all the young girls that will become women, I salute you. Keep going, keep fighting, one day we will overcome everything that holds us back.

In addition to the ACM-W Celebration of Women in Computing: womENcourage 2017, ACM sponsors smaller regional events. This is one way for women to gain positive influences and to have men understand the issues behind the low number of women studying and working in STEM fields, especially in Computer Science or Information Technology. These events supported by ACM-W, Microsoft and ACM Chapters allow women and men to discuss the issues and collaborate on solutions.

I was lucky enough to participate in the event from 1-3 March in Perm, Russia. It was an exceptional opportunity for me to see first hand such an event and to learn about this very interesting place and the culture. 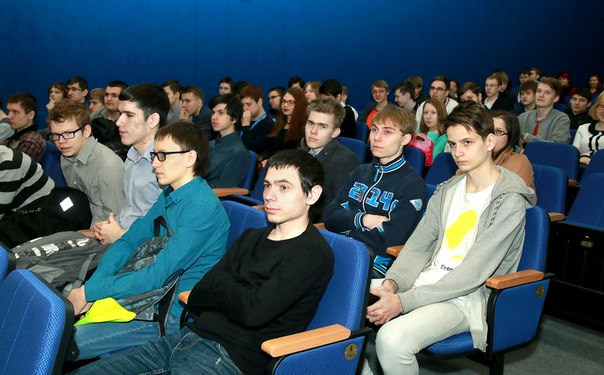 The plenary lectures were presented by Bev Bachmayer, Vice-Chair of ACM-W Europe, which gave an overview of ACM worldwide, ACM-W Europe, she specifically stated why she joined ACM and why the students should join ACM. Ulduz Khalilov, representative of ACM-W Chapter in Azerbaijan, spoke about the ACM-W Chapter that she leads in Azerbaijan and why it is important to start and maintain a Chapter.

Galina G. Scheremet told about the decrease in the number of women in computing since 1984. She discussed also some reasons why this has occurred and what can be done to improve it. 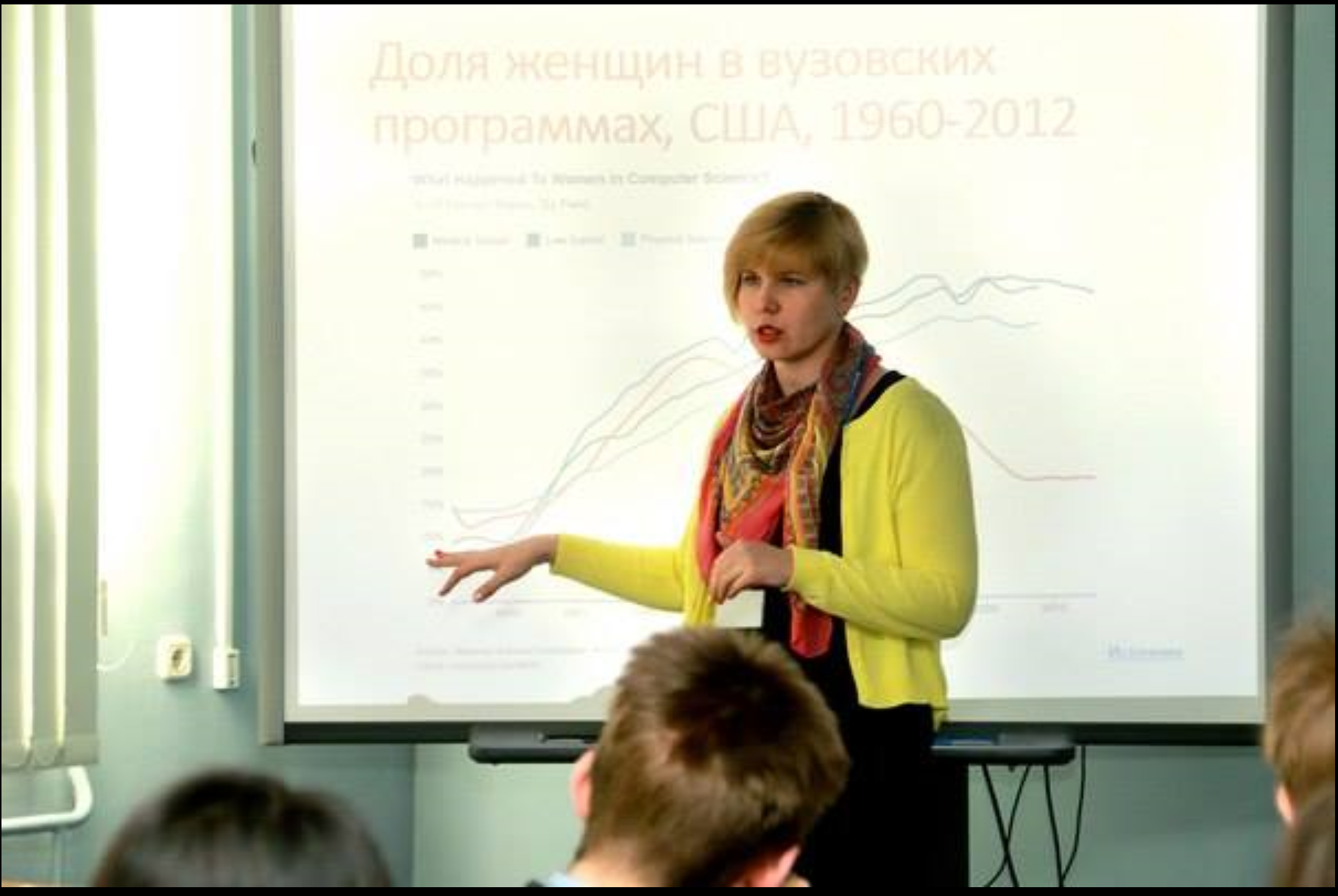 Dinara Gagarina, Associate Professor of Perm State University and chief editor of the portal “Interesting Robotics” also stressed the importance of women being in the computing professions and told about projects in this field, realised for girls in Perm. 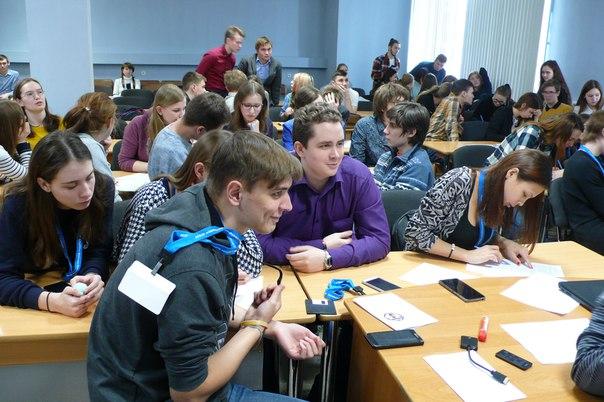 After many interesting talks during the first day, we were able to see the robots from one of the local robotics classes.

The second day included several talks in the morning detailing research about women in computing. Following the presentations began a student contest where 15 teams from local universities worked together to complete multiple designated problems. At the end of the day, the results were graded and the winners were announced, half of them were girls. In general, about 100 students from different universities took part in the student contest.

In the next few months, many such events will take place across Europe, see below the overview of one such event and the list of events that are planned across Europe. These events are effective because they are smaller and more intimate, generally presented in the local language and closer to where the participants live and work. This affords the opportunity for more people to attend at a much lower cost for the participants. 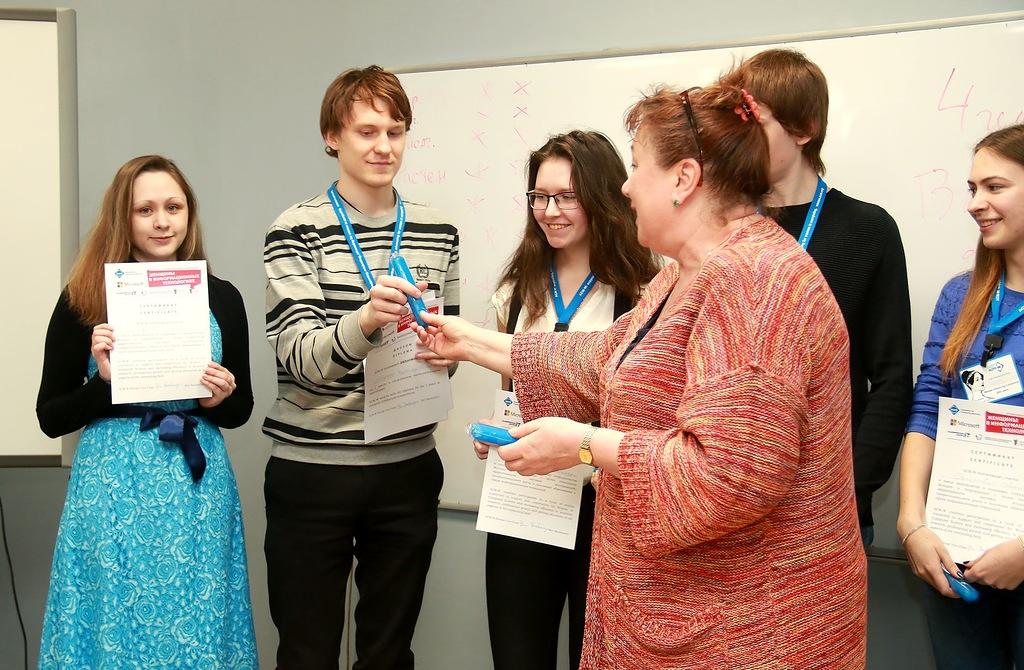 Here is the list of Women in Computing events for the coming months.

Ukraine Celebration of Women in Computing May 20-22, Facebook event

ACM Europe Celebration of Women in Computing: womENcourage 2017 aims to celebrate, connect, inspire, and encourage women in computing. The celebration brings together undergraduate, MSc, and PhD students, as well as researchers and professionals, to present and share their achievements and experience in computer science. WomENcourage solicits posters from all areas of Computer Science. The Call for Participation is now available

The latest edition of the report “Informatics Education in Europe: Institutions, degrees, students, positions, salaries” is available for download.

Now in its fourth edition, the popular report offers a solid and objective picture on the state of higher education in Informatics in Europe and continues to be the only reference for a Europe-wide perspective on key academic and economic parameters such as:

It also includes a

Thanks to Informatics Europe WISE group for producing such a valuable report.

Informatics Europe proudly announces the second Minerva Informatics Equality Award devoted to initiatives which seek to encourage and support the careers of women in Informatics research and education. The second of this annual award will be presented in October 2017 and is sponsored by Google.

The Informatics Europe Minerva Informatics Equality Award recognizes best practices in Departments or Faculties of European universities or research labs that have been demonstrated to have a positive impact for women. On a three-year cycle the award will focus each year on a different stage of the career pipeline:

Developing the careers of female faculty, including retention and promotion;

Supporting the transition of female PhD and postdoctoral researchers into faculty positions;

Encouraging female students to enroll in Computer Science/Informatics programmes and retaining them.

The 2017 Award is devoted to initiatives supporting the transition of female PhD and postdoctoral researchers into faculty positions.

Boost Your Career Prospects with HiPEAC and ACM Women Europe

Be sure to visit HiPEAC’s booth (no. 22) to meet our dedicated recruitment officer and find out what career opportunities are currently available from companies in our network.

HiPEAC will also host a special session in the DATE exhibition theatre – come along to find out more about what the network can do for you.

Check it out at Hipeac.net