ACM has named Prof. Susanne Boll, professor of Media Informatics and Multimedia Systems at the University of Oldenburg, one of 62 computer scientists worldwide to be recognized this year as Distinguished Members for their outstanding contributions in computing.

The ACM Distinguished Member program recognizes up to 10% of ACM worldwide membership based on professional experience as well as significant achievements in the computing field. Prof. Boll is the only female computer scientist from Europe recognised for this honour this year.

“Each year it is our honour to select a new class of Distinguished Members,” said ACM President Cherri M. Pancake. “Our overarching goal is to build a community wherein computing professionals can grow professionally and, in turn, contribute to the field and the broader society. We are delighted to recognize these individuals for their contributions to computing, and we hope that the careers of the 2019 ACM Distinguished Members will continue to prosper through their participation with ACM.” Read the ACM news release.

Prof. Susanne Boll:  A research leader in Multimedia – A true champion for diversity 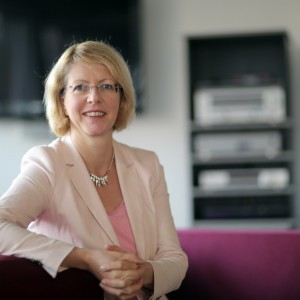 Prof. Susanne Boll is a full professor for Media Informatics and Multimedia Systems at the University of Oldenburg and a member of the board of the OFFIS-Institute for Information Technology. OFFIS belongs to the top 5% research institutes among the non-university institutes in computer science in Germany. Prof. Boll has an excellent track record in the field of interactive multimedia and human-computer interaction, with an impressive number of peer-reviewed scientific publications. Prof. Boll has done an outstanding and continued professional service to the ACM community as an active member of both SIGMM and SIGCHI. The research community has recognized her leadership and scientific competence and has entrusted her with chairing important conferences and serving on steering committees, members of editorial boards.

Over her entire academic career, Prof. Boll has been championing equal opportunities and diversity. She is particularly interested in the factors and environments inspiring young girls to choose STEM subjects in their higher education and leads a research project that explores role models and curricula in Computer Science for high school girls (Smile Smart Future Me). This year, Prof. Boll has been appointed as the Director of Diversity and Outreach in the Executive Committee of ACM SIGMM. You can read Prof. Boll’s views on improving diversity in her field in this interview.

The ACM Europe Council has named Panagiota Fatourou as its new Chair. Fatourou, who will serve a two-year term through June 30, 2021, is an Associate Professor of Computer Science at the University of Crete and at the Foundation of Research and Technology-Hellas (FORTH ICS), Greece. She is an elected member of the ACM Europe Council and has been an ACM Distinguished Speaker.

The 7th ACM Celebration of Women in Computing: womENcourage 2020 will be held in Baku, Azerbaijan at the ADA University. Let’s get to know Ada’s University this month. 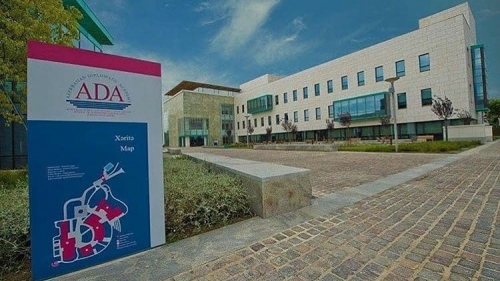 ADA University was established under the decree dated January 13th, 2014, by the President of the Republic of Azerbaijan. With students, faculty, and staff from 46 countries around the world, diversity illustrates one of the core values of Ada’s University. The School of Information Technologies and Engineering (SITE) is the youngest school at ADA University. It was founded in 2013 with the vision to become a center of excellence in education and a hub of scientific research and discovery of global caliber in the region. Currently SITE offers three bachelor degree programs in Computer Science, Information Technology and Computer Engineering.

Over the last 4 years, ADA University has also been hosting the Ada’s Legacy: the ACM Celebration in Baku.  This now annual celebration started back in 2016 with Reyyan Ayfer, then founding Chair of ACM-W Europe and attracts participants, women and men alike, from academia, industry and government.

We cannot wait to host the womENcourage in Azerbaijan. We look forward to seeing you there for another exciting and truly thrilling womENcourage event! 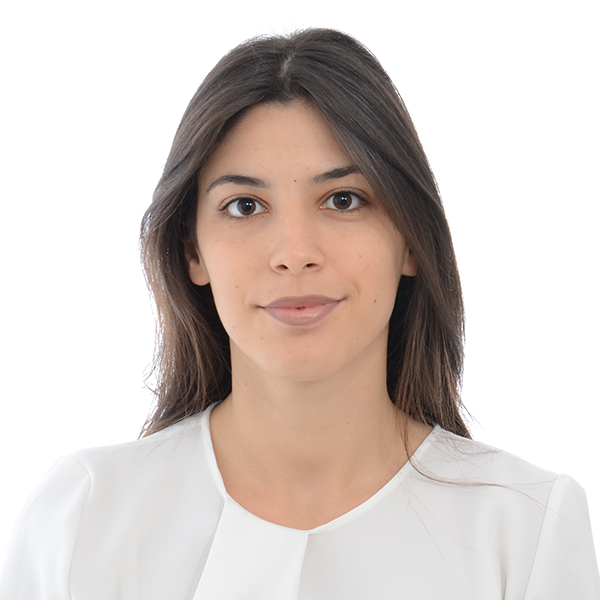 Starting from this month, we will be featuring a series of guest blogs from womENcourage 2019 participants. They will share their career journeys, their challenges but what they also love most about this field, and how womENcourage inspires them.

She writes:  “Finding a female engineering role model in college was like finding a needle in a haystack. BUT, at the womENcourage events, you can meet and talk with many inspirational tech female leaders from every corner of Europe and deep dive into tech trends that are changing the face of computing.”

Read more on our blog.

Not on social media? Not a problem. In October, we highlighted research and talks presented at womENcourage 2019.

On Twitter, the top tweet was the wonderful artwork generated for the womENcourage 2019, and our beginning post to highlight the top 10 posters in the event. Our top media tweet was the video from the Hackathon sponsors Avio Aereo and CTNA; they’ve sponsored the Work-life balance and smart working challenge.

In November, we will be discussing topics in the domains of data science, AI, gender and ethics. The explosive growth in data science and machine learning roles hides a problematic dynamic: women occupy only a minority of these new positions. We firmly believe that it is time to address the connection between the lack of diversity in the AI community and bias in the technical products that are produced by the community.

The first conference on the Advances in Computational Biology (AdvCompBIo 2019) will bring together women researchers working on a diverse array of topics ranging from systems biology to artificial intelligence. The conference aims to foster collaboration between women scientists and provides an excellent opportunity for women bioinformaticians worldwide to present their work and share ideas about their research projects. The conference is organised by the Barcelona Supercomputing Center (BSC-CNS) and the joint IMIM-UPF Research Programme on Biomedical Informatics (GRIB) and supported by the Bioinfo4Women programme from the BSC.

ACM-W Europe is co-organising with the ISCB Regional Student Group Spain (RSG-Spain)  the panel discussion “Challenges of Artificial Intelligence in Biomedical Research”. The panel discussion will take place on Thursday, November 29th, from 14:45h to 15:45h in the La Pedrera Auditorium as part of the scientific programme.  The moderators will be Bedour Alshaigy (ACM-W Europe) and Carlota Rubio (RSG-Spain).

You are invited to register through https://www.iscb.org/advcompbio2019-registration.

The ACM Conference on Computer and Communications Security brings together information security researchers, practitioners, developers, and users to explore cutting-edge ideas and results. The program will cover cryptography, cloud security, forensics, privacy and more, along with several co-located workshops. Keynotes will be delivered by Ingrid Verbauwhede (KULeuven) and N. Asokan (Aalto University).

The ACM-W Rising Star Award is a new award that will recognize a woman whose early-career research has had a significant impact on the computing discipline, as measured by factors such as frequent citation of their work, the creation of a new research area, a high degree of technology transfer and/or other positive influences and societal impact. The award will be given annually, and the recipient will receive a framed certificate and $1,000 stipend.

Nominations opened on October 1 and will close on November 15. This award was established based on a donation from Andrea Goldsmith, who was named the 2018-2019 ACM Athena Lecturer.

ACM encourages young computer scientists and mathematicians from all over the world to apply for one of the 200 coveted spots to participate in the Heidelberg Laureate Forum (HLF), an annual event. The HLF offers all accepted young researchers the great opportunity to personally meet the winners of the most prestigious prizes in their fields. For one week, recipients of the ACM A.M. Turing Award and the ACM Prize in Computing (Computer Science), the Abel Prize (Mathematics), the Fields Medal (Mathematics), and the Nevanlinna Prize (Mathematical Aspects of Information Science) will engage in a cross-generational scientific dialogue with young researchers in Heidelberg, Germany. Applications will open November 14.

The University of Utrecht, Netherlands Computer Science Department is looking for three or more new female(!) assistant professors. The post is of interest to applicants with a background in Computing and Information Sciences, preferably in the areas of Algorithms, Computer Science Education, Process Management and Analytics, Information Science, Artificial Intelligence and possibly in Data Science and Software. To learn how to apply, visit the following link. The application deadline is December 1, 2019.

As of July 2019, TU/e has launched the Irène Curie Fellowship. This program is aimed at talented women who pursue an academic career in our European top research university. TU/e will open vacancies for assistant, associate and full professors exclusively for female talent during the first six months of recruitment. Under the European jurisdiction, it is lawful to specifically recruit underrepresented groups. Read more here.

Lakeside Labs is a research and innovation company driven by the vision to create solutions for networked systems using concepts from self-organization. Lakeside Labs currently offers senior researcher or researcher positions on the following topics:

Lakeside Labs is committed to increasing the number of female scientific staff and specifically asks female researchers to apply for this job.

The application deadline is November 30, 2019. The starting date will be in January 2020. To learn how to apply, follow this link.

ACM-W Europe
Women in Virtual Reality is a networking and advocacy organization founded in the summer of 2014 with a mission of increasing the visibility of women in virtual reality and attracting more women to the field.

The organisation maintains a Women in Virtual Reality expert directory so that event organizers, journalists, head hunters, and others working on improving gender diversity have a place to start looking.

You can read more about it here or suggest someone for inclusion in their list.

Women in Virtual Reality
(Image courtesy geralt via pixabay.) Since Google Plus was the main way WiVR members communicated with one another, and that platform is now gone, the main alternative is the Women…
wivr.net
3    View on Facebook

Gartner says: "In this trend, the traditional idea of a computer evolves from a single point of interaction to include multisensory and multi-touchpoint interfaces like wearables and advanced computer sensors. Currently multi-experience focuses on immersive experiences that use augmented reality (AR), virtual (VR), mixed reality, multichannel human-machine interfaces and sensing technologies".

Read how women are taking a leading role in the virtual reality sector!

Virtual reality: how women are taking a leading role in the sector
Despite a well-documented gender imbalance within the tech industry, a survey suggests that when it comes to VR, women are starting to take up leadership roles in greater numbers
theguardian.com
View on Facebook