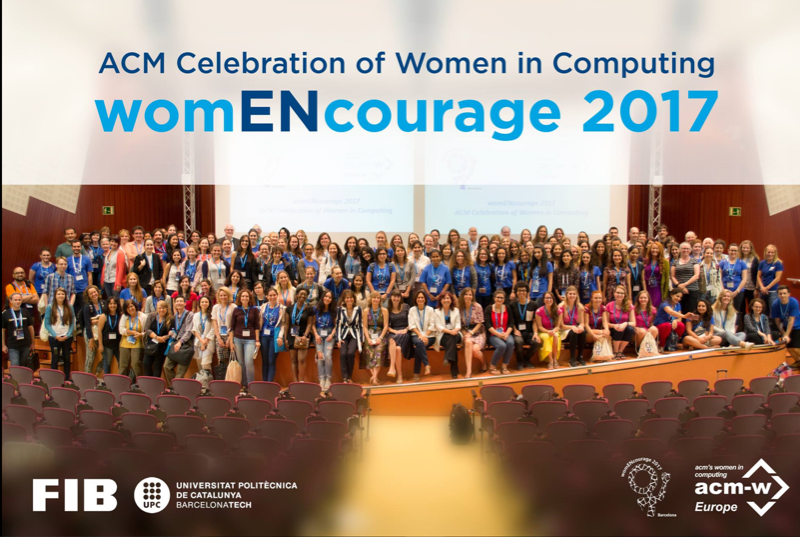 Highlights from the inspiring three days of ACM Celebration of Women in Computing: womENcourage 2017

A big highlight this year was the generosity of our supporters SIGOPS, SIGCHI, HP, Accenture, Intel, Google, Oracle Academy, Bloomberg, Sopra Steria, Informatics Europe, Microsoft, Everis, Inria, Thoughtworks, Amazon Development Center, InfomaTICS. Their generosity allowed us to grant seventy-two Travel Scholarships to participants from 19 different countries. Our scholarship participants pay it forward by volunteering their helping hands to keep the event running smoothly. Working together we are able to make womEncourage the success it is. 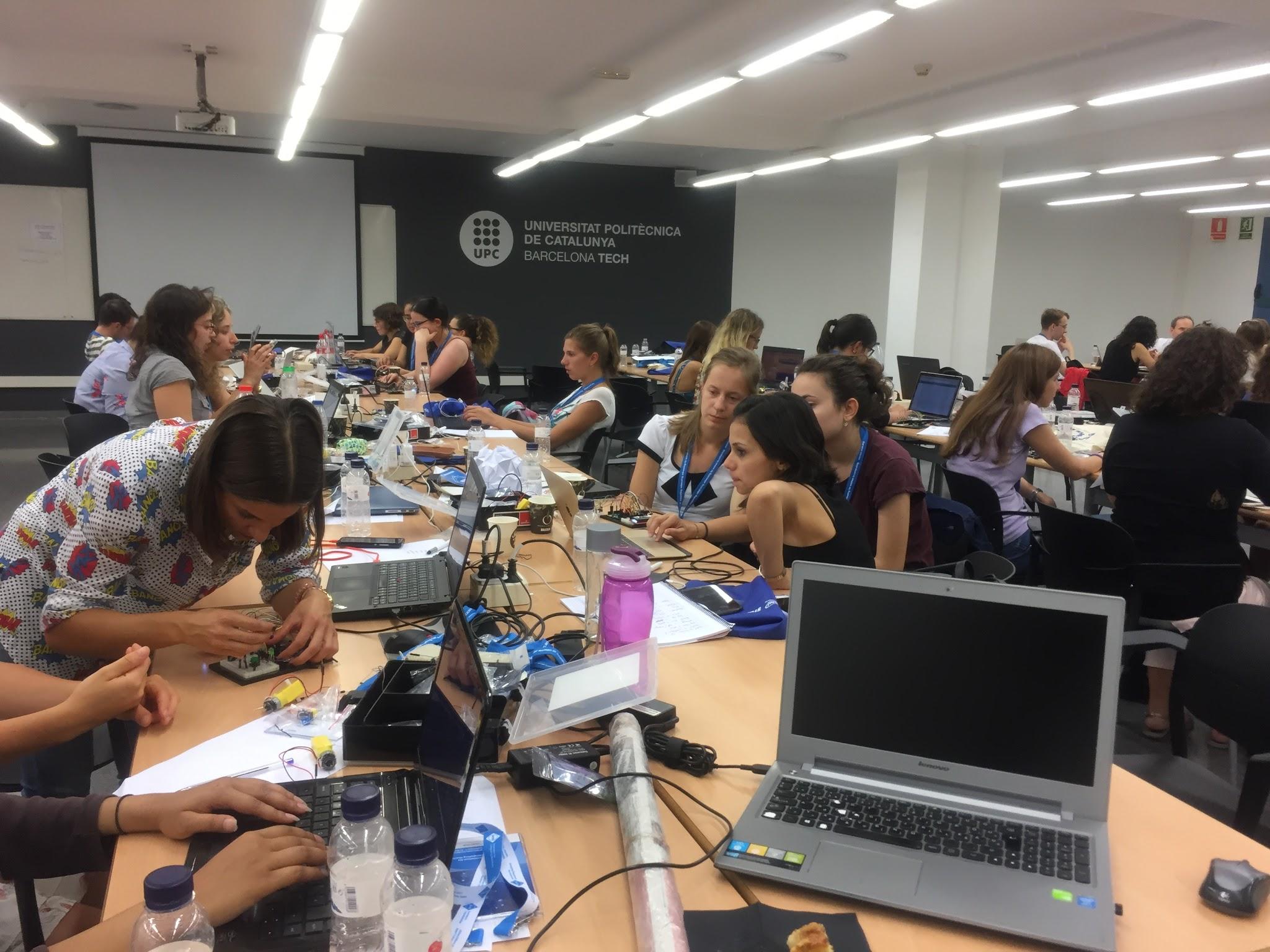 We began the conference by getting warmed up with a hackathon. Supported by Intel, the 60 participants were quite busy the opening day creating prototypes from the Sparkfun Inventor’s Kits that Intel provided. The hackathon resulted in 14 demonstrated projects targeted at improving the local environment. We heard that the participants liked being able to collaborate and learn new things (especially, hardware), they enjoyed the team spirit and building new relationships.

Workshops and the career fair filled the second day of the event. Seven different workshops offered many opportunities, for example, a CodeCon workshop presented by Bloomberg, or a workshop about the Greenfoot development environment which can be used in teaching. Accenture presented the workshop ‘From personalization to data and beyond”, where ACM delivered a Celebrations of Women in Computing workshop and Women in HPC presented an introduction to HPC programming.

Following the workshops, HP, Accenture, Google, Oracle Academy, Bloomberg, Sopra Steria, Everis,Thoughtworks, and Amazon Development Center, as well as the HIPEAC Jobs portal participated in the Career Fair. The attendees were keen to speak with the company representatives and to find out about job opportunities and internships at each of the companies. The friendly discussions with the company representatives informed the attendees about jobs and careers. Learning directly from the source of what might be a great career path. 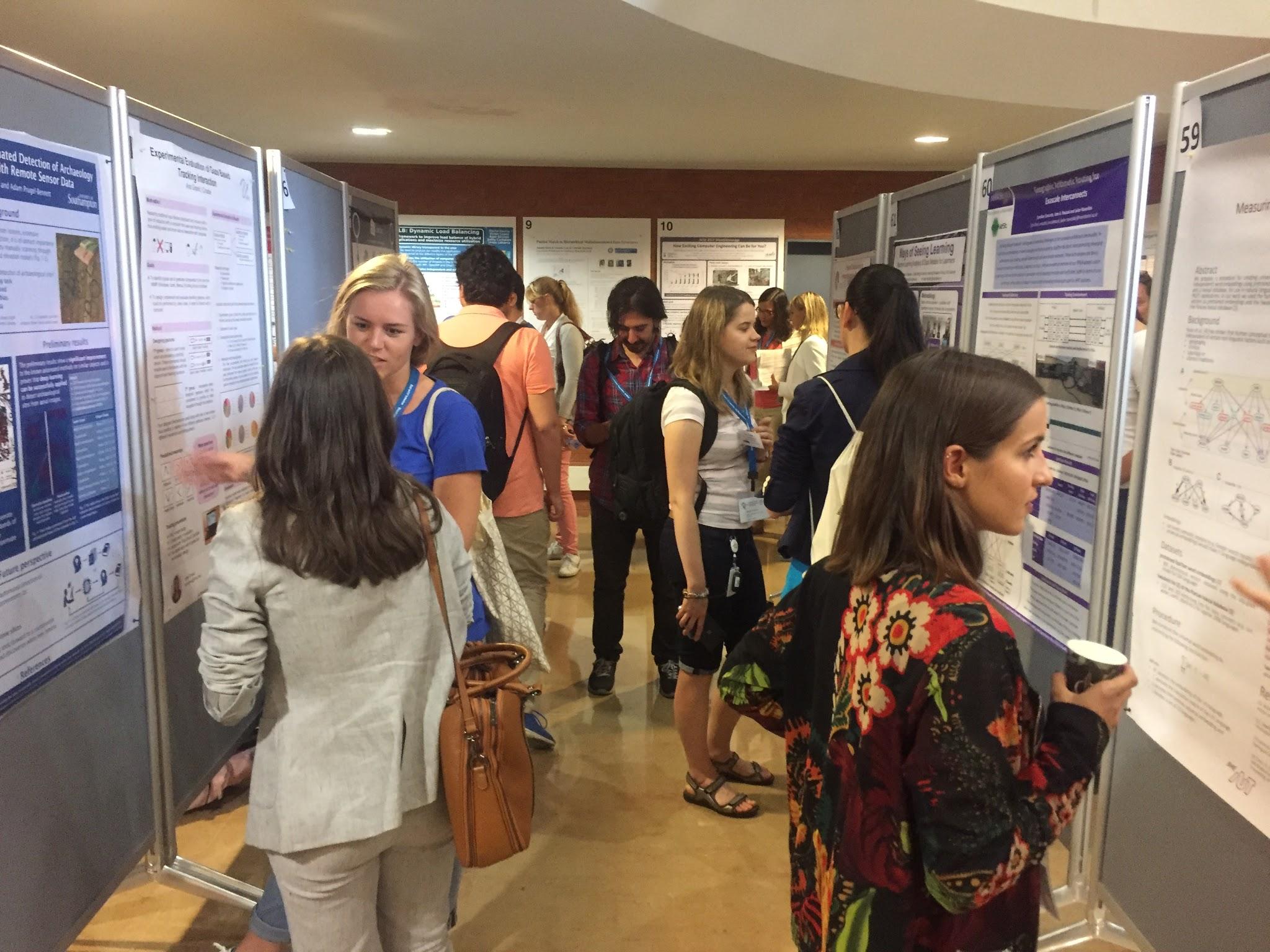 Seventy-four posters were available during the poster session times. The diversity, number of topics and depth of each of the research topics were incredible. Each of the posters as well as their abstracts are posted here.

It’s difficult to sum up Friday in a few words. Two hundred and six attendees from 31 different countries attended over the 3 days. We heard from the participants that the day was amazing, inspiring, and fun. Here are a few photos from the great final day of womENcourage 2017. 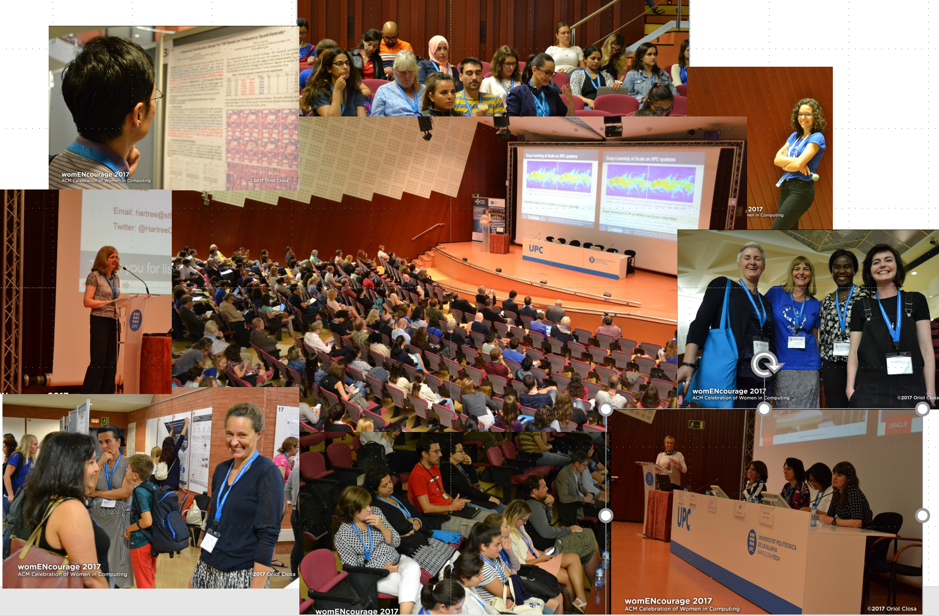 Call for Proposals: ACM Celebration of Women in Computing 2018

Deadline October 20,, 2017. We are looking for a venue for the womENcourage 2018 event next year. Please send your proposals to acm_w_europe@acm.org Proposals should include:

The number of celebrations is growing every year. From July 1, 2016, to June 30, 2017, 26 ACM Celebrations of Women in Computing took place worldwide and 9 of these were in Europe:

Thanks to all volunteers who gave their time and effort to organize these amazing events. We are hoping that this number will grow in the coming year. ACM-W Celebrations Chair Wendy Powley is inviting all past and potential Celebrations Coordinators to register by filling this registration form if they are planning a celebration between July 1, 2017, and June 30, 2018. And please keep in mind that funding is not guaranteed if the event is not registered by July 31st, 2017. If you have not yet joined Celebrations Facebook page, please do so now!

To qualify as an ACM Celebration the event must comply with the following:

If you have questions please feel free to contact Wendy Powley (wendy@cs.queensu.ca).

Nominations are due November 30, 2017, for the following ACM Awards:

ACM Prize in Computing – (previously known as the ACM-Infosys Foundation Award): early to mid-career fundamental innovative contribution in computing that, through its depth, impact and broad implications, exemplifies the greatest achievements in the discipline.

Eugene L. Lawler Award for Humanitarian Contributions within Computer Science and Informatics – recognizes an individual or group who has made a significant contribution through the use of computing technology. The presentation of this award alternates with the ACM Policy Award

Outstanding Contribution to ACM Award – outstanding contributions to ACM, in both value and degree

Please refer to the ACM Awards website at https://awards.acm.org/award_nominations.cfm for: