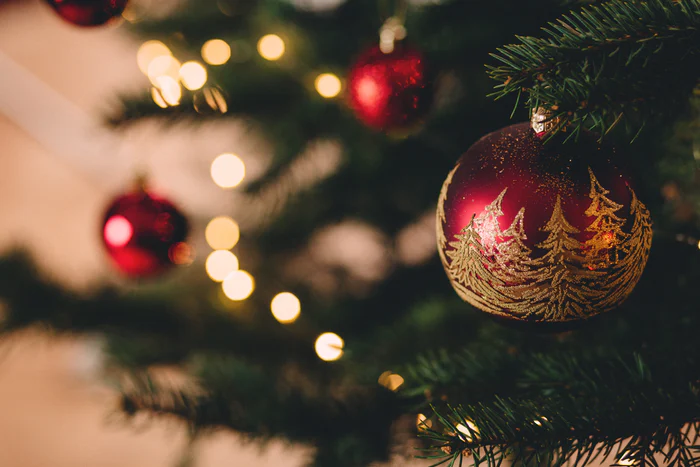 It is that time of the year again! Time for a bit of rest, family, friends, fun, and of course, holiday wishes!

Wishing you peace and joy this holiday season and throughout 2020.

Looking forward to sharing lots of exciting news from ACM-W Europe in the new year.

The first conference on the Advances in Computational Biology (AdvCompBio 2019) brought together researchers working on a diverse set of topics, ranging from systems biology to artificial intelligence. One of the main purposes of the conference is to promote and make the research done by women in the bioinformatics field visible. This is why all speakers were women, although the conference was open to everyone.

The conference is organised by the Bioinfo4Women programme at the Barcelona Supercomputing Center (BSC-CNS) with the collaboration of IMIM-UPF Research Programme on Biomedical Informatics (GRIB), the Spanish National Bioinformatics Institute (INB/ELIXIR-ES) and the Universitat Politècnica de Catalunya (UPC). It is an affiliate conference of the International Society for Computational Biology (ISCB). 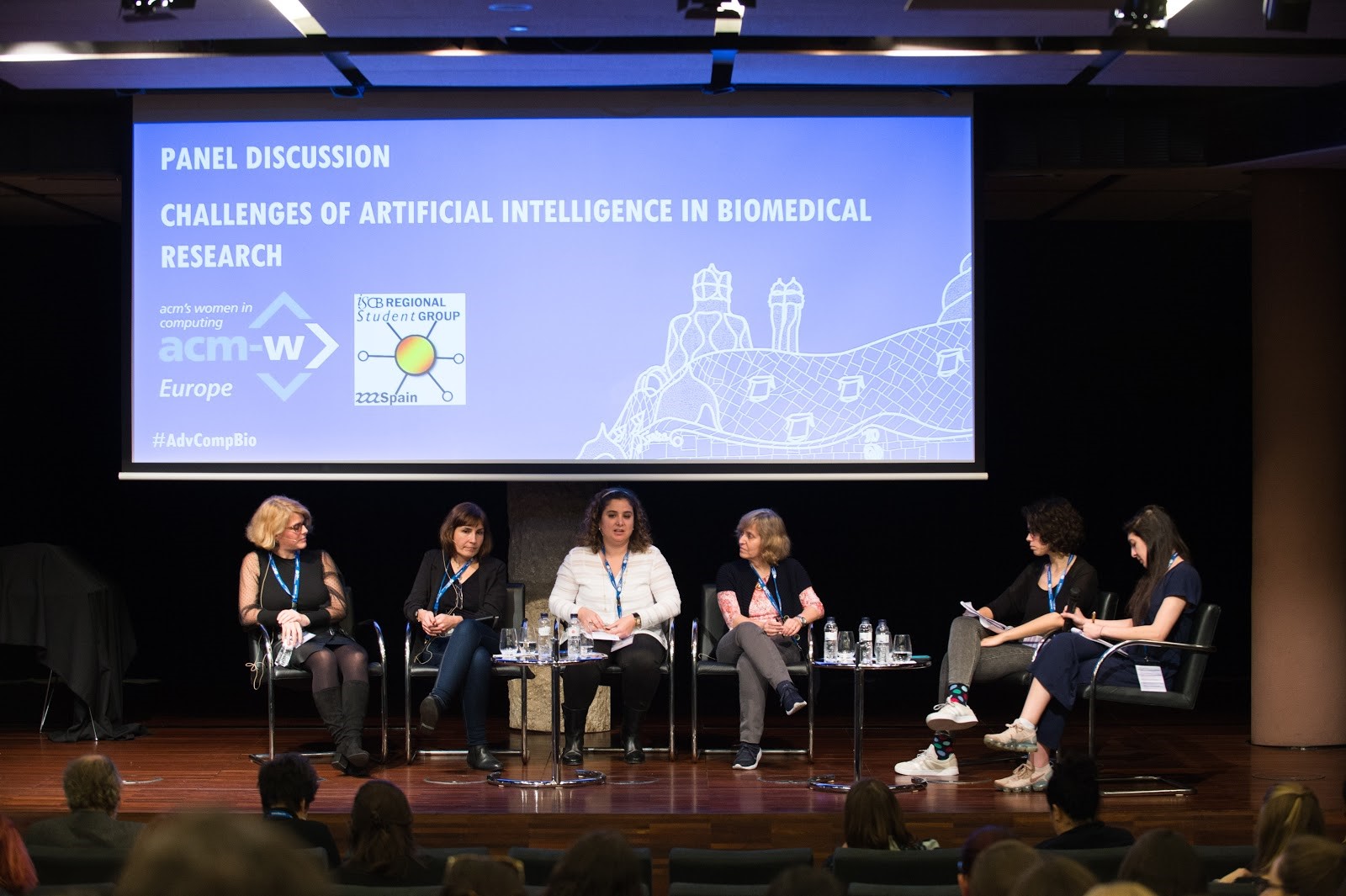 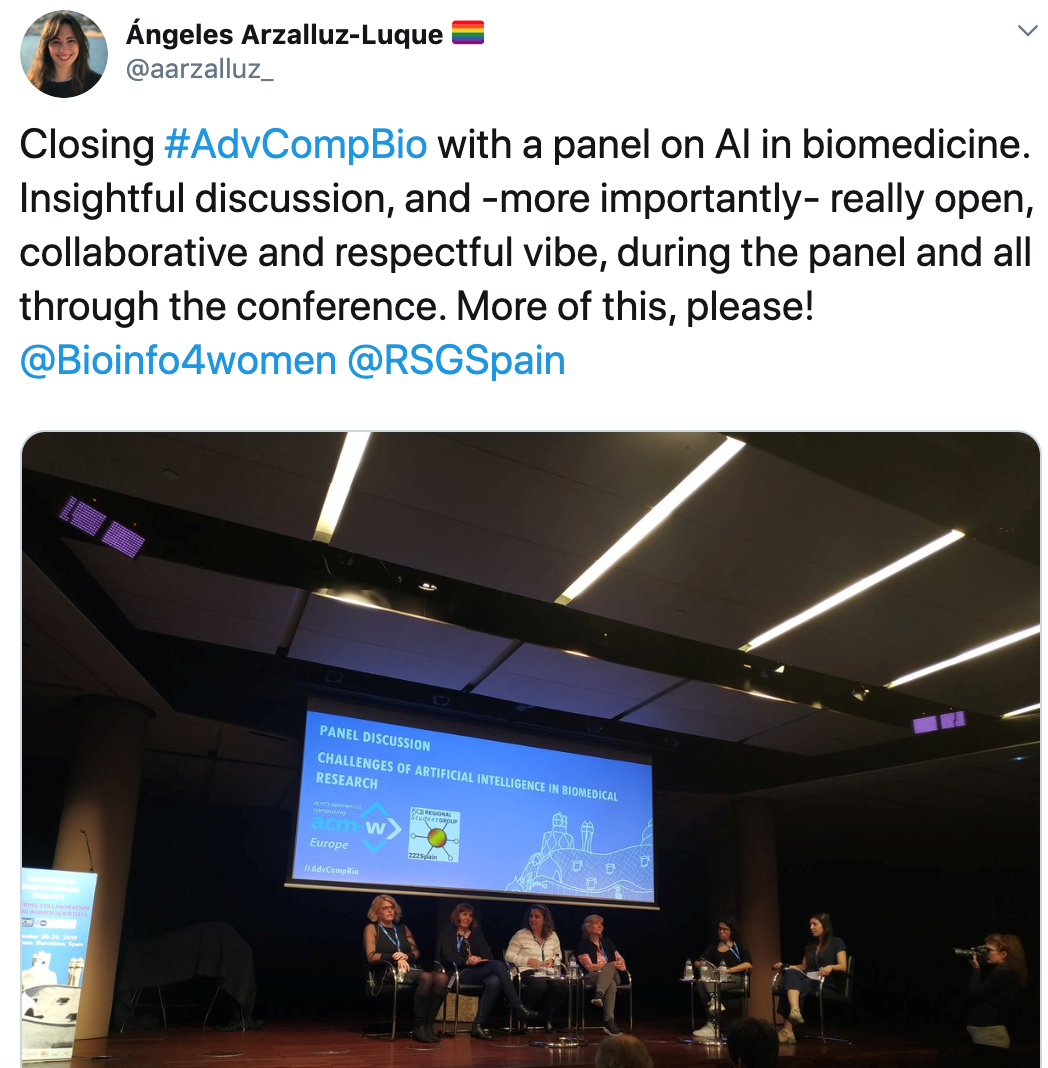 The panel kick-started with the panelists giving exciting examples of applications of AI and data in their respective fields, followed by the challenges and limitations of incorporating AI in the biomedical sciences which included interdisciplinary research, reliability of the data and methods, privacy and security concerns, ethical concerns, and gender bias. The panelists recommended educating the future generation of students as a means to fight the concerns associated with AI.

To learn more about the conference, and the motivation behind it, read and listen from Mar Albà, the group leader at the GRIB (UPF-IMIM). Mar collaborated with the BSC to organize this first scientific meeting on Advances in Computational Biology in Barcelona, and probably in Europe, where all the organizers and speakers are women.

Follow the hashtag #AdvCompBio and @Bioinfo4Women to stay up-to-date with the conference.

Congratulations to Ruth Lennon, who has been elected new ACM-W Europe Chair. Ruth is an enterprise application developer, researcher, and lecturer in the Department of Computing in Letterkenny Institute of Technology, Ireland. Her research interests include DevOps, Web services, the cloud, Big Data and eLearning. In addition to her activities with ACM-W Europe and womENcourage, she is the Faculty Advisor for the ACM-W Chapter at LYIT.  Hear more from Ruth in her People of ACM European Chapters interview.

We would also like to take this opportunity to thank Natasa Milic-Frayling for her leadership, who will continue to work with ACM-W Europe as Past Chair. 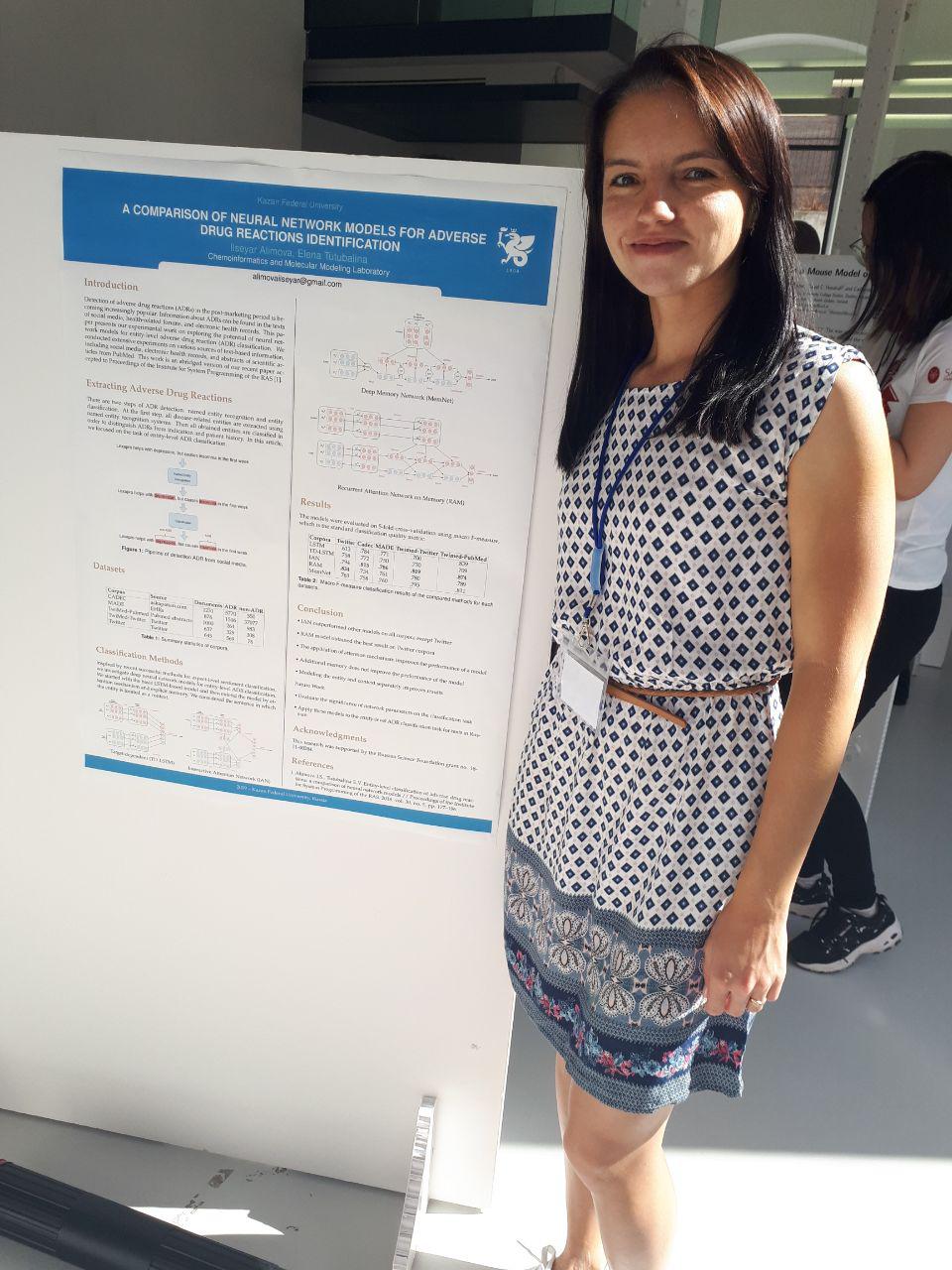 Starting from November, we started featuring a series of guest blogs from womENcourage 2019 participants. They share with us their career journeys, highlighting the challenges, the aspects of what they love the most, and the ways womENcourage inspires them.

This month’s guest blogger is Alimova Ilysear, a PhD student at Kazan Federal University, Russia, where she is also working as a junior researcher. With respect to the position of women in the computing profession, she is aware that problems exist and there is still a lot to do:

“I have never experienced any pressure at work related to the fact that I am a woman. However, I met women who experienced gender discrimination. One of my friends was not hired because the employers decided that she would soon get married, go on maternity leave, and will not be able to work. I also notice some girls among my students, who have huge potential but are afraid to express themselves and feel less confident in comparison with boys. I want to tell women who find themselves in similar situations that they should not listen to any external negative comments, and focus on their goals instead.”

Read more from Alimova on our blog.

Not on social media? Not a problem. In November, we discussed topics in the domains of data science, AI, gender and ethics.

On Twitter, the top tweet was the news about the November newsletter,  which features Prof. Susanne Boll, who was named ACM Distinguished member. Our top media tweet was the news on 2019 Royal Society Science Book Prize given to Invisible Women: Exposing Data Bias in a World Designed for Men, by Caroline Criado Perez.

ACM encourages young computer scientists and mathematicians from all over the world to apply for one of the 200 coveted spots to participate in the Heidelberg Laureate Forum (HLF), an annual event. The HLF offers all accepted young researchers the great opportunity to personally meet the winners of the most prestigious prizes in their fields. For one week, recipients of the ACM A.M. Turing Award and the ACM Prize in Computing (Computer Science), the Abel Prize (Mathematics), the Fields Medal (Mathematics), and the Nevanlinna Prize (Mathematical Aspects of Information Science) will engage in a cross-generational scientific dialogue with young researchers in Heidelberg, Germany. Applications opened on November 14.

As of July 2019, TU/e has launched the Irène Curie Fellowship. This program is aimed at talented women who pursue an academic career in our European top research university. TU/e will open vacancies for assistant, associate and full professors exclusively for female talent during the first six months of recruitment. Under the European jurisdiction, it is lawful to specifically recruit underrepresented groups.

IMDEA Networks is a networking research institute whose multinational team is engaged in cutting edge fundamental science. The institute is looking for outstanding researchers at all levels of the professional career. Apply now here.

IMDEA Networks Institute aims to increase the proportion of women and therefore, qualified female applicants are explicitly encouraged to apply. Until a balanced ratio of men and women has been achieved at the institute, preference will be given to women if applicants have similar qualifications. IMDEA Networks Institute actively promotes diversity and equal opportunities. Applicants are not to be discriminated against in personnel selection procedures on the grounds of gender, ethnicity, religion or ideology, age, sexual orientation (anti-discrimination).

People with disabilities who have the relevant qualifications are expressly invited to apply.

The institute will perform a single batch evaluation of all applications received up to 31 Dec 2019 – 14:00 (Madrid Time)

Apply now through our online form.

ACM-W Europe
#womENcourageTM 2022, in Larnaka, Cyprus - In 2022, #womENcourageTM invites the Arts to join our celebration! The theme of this year’s celebration is “Drawing New Lines in Science”. Plan ahead, and don't miss it! For important dates check: https://buff.ly/3FnlbEP

ACM-W Europe
December #newsletter 2021 online! https://buff.ly/3EioBaj In 2021, the ACM-W Europe had much to celebrate which Ruth shared through highlights from our calendar in a Year in Review. We thank all our supporters, collaborators, the wonderful women we get to meet and have the privilege to work with! Thank you for your continued membership of the ACM-W Europe. Thank you for being you.