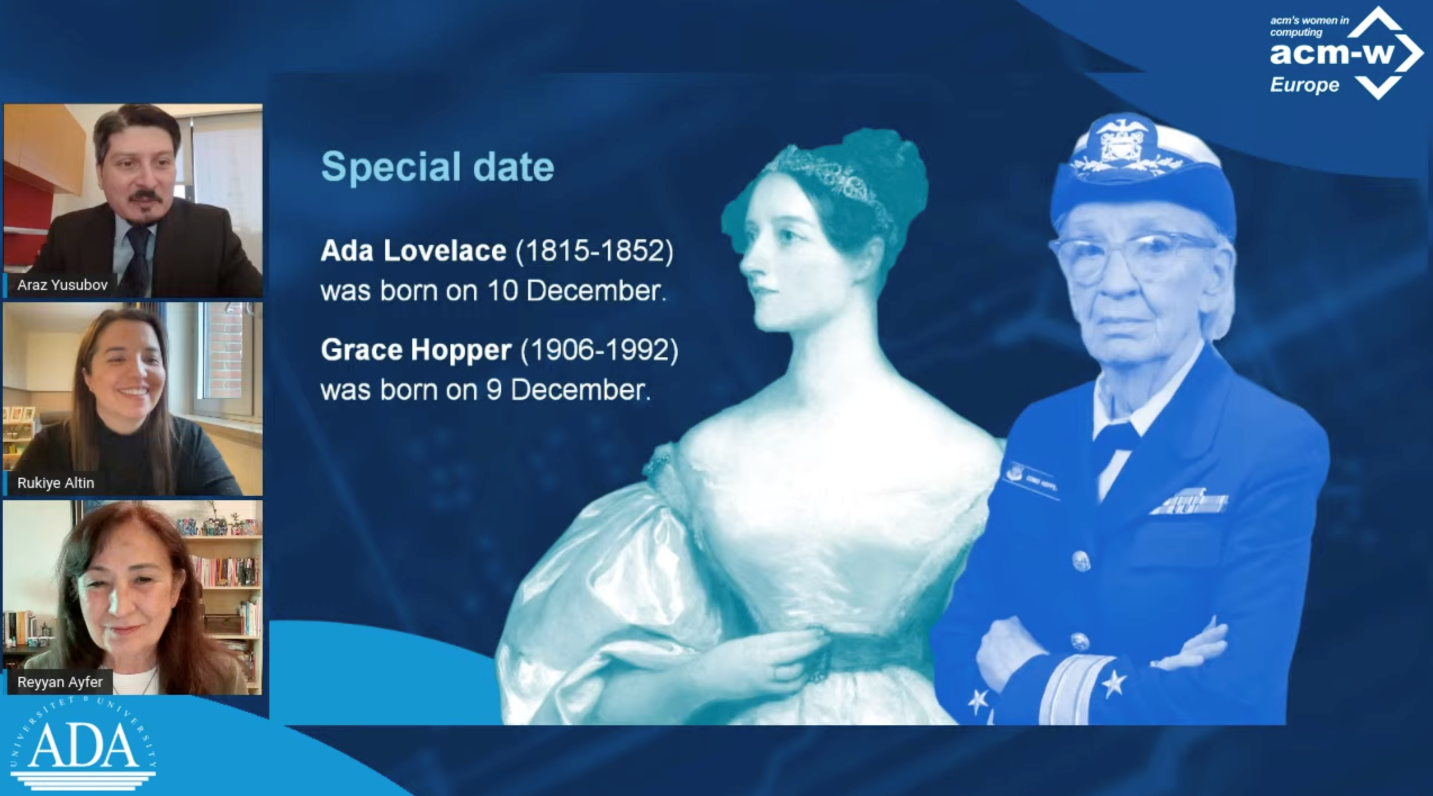 The event concluded with an award ceremony and screening of the BBC documentary about the life of Ada Lovelace, “Calculating Ada: The Countess of Computing”.

We wish ACM-W Europe many more years to come!

womENcourage™ – Celebration of Women in Computing

womENcourage™ 2023 will take place at the Norwegian University of Science and Technology (NTNU) in Trondheim, Norway, on 20-22 September, 2023. The theme of the conference is Computing Connecting Everyone.

Last month we met the general chairs Kerstin Bach and Letizia Jaccheri. This month let’s hear from Eivind and Ferdinand who attended womENcourage™ 2022 and are students at the Trondheim University, the host for the 2023 celebration. 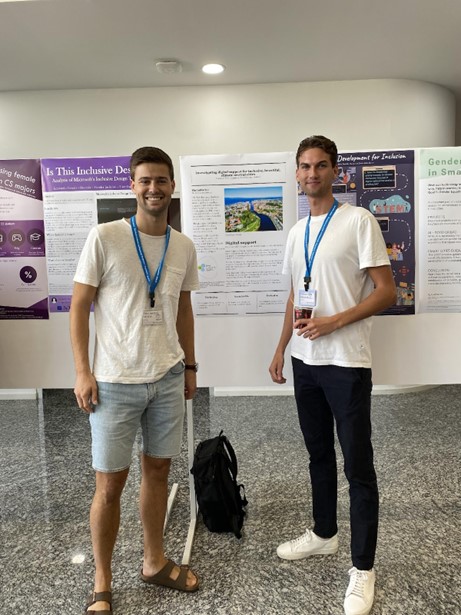 We are Eivind and Ferdinand, two Norwegian students currently writing our master’s thesis in Computer Science together at NTNU in Trondheim. Together with our research group, we attended the womENcourage 2022 in Larnaca, Cyprus, and in this post we will give you some insight in our experiences from the conference and tell you about next year’s conference.

[…] We also want to use this opportunity to urge more people to attend next year’s womENcourage taking place in our university town; Trondheim, Norway.[…] Norway is one of the leading countries when it comes to inclusion of women in computing, and we believe that this conference will be an inspiration. There will be a lot of interesting events and the possibility to meet and talk to great initiatives and companies working for equality and towards the goal of 50/50 men and women in computing.”

Read the entire article on our blog.

On Twitter, the top tweet was about the deadline for expression of interest to organize the womENcourage 2024,, and the top media tweet about the ACM-W Europe 10th Anniversary Celebration.

The Walter Benjamin Programme enables researchers in the postdoctoral training phase to independently conduct their own research project at a location of their choice. The project can be carried out at a research institution in Germany or abroad, with the host institution providing support for the project.

The Deutsche Forschungsgemeinschaft (DFG, German Research Foundation) is now expanding its existing funding measures for academics who have fled their home country by opening up the Walter Benjamin Programme with the aim of enabling this target group to become integrated into the German research system. In the current situation, this practical support measure for refugee researchers from all regions of the world is also an expression of solidarity with researchers from Ukraine as well as persecuted researchers from Russia.

Deadlines: Proposals may be submitted at any time.

To learn more about awards, we recommend the article by the ACM President Cherri M. Pancake, who dispels some common myths about ACM Awards and Honors in the Communications of the ACM, August 2019. One of the myths is that the ACM Awards never honour people working outside North America. Prof. Pancake writes that even though nothing would make ACM committees happier than to recognise the achievements of people from around the globe, there are very few nominations. Source: Dispelling Common Myths About ACM Awards and Honors.

Empowered by Support: Communities, Connections and Careers for Women in Tech When? February 15, 2023, 12:00 PM in Pacific Time (US and Canada) Register here Whether you are a student or an experienced engineering leader, a robust network, an opportunity for peer learning, the prospects of mentorship...
6    View on Facebook

ACM-W Europe
Have you seen our latest blog post? Ihsan Kamil is talking about her experience joining womENcourage conference virtually. She says:"if there’s anyone new to conferences and research reading this, I’d highly recommend interacting and engaging with as many activities as you possibly can, I know in the future I will."
Check the full article here: https://acmweurope.acm.org/telling-our-stories-ihsan-kamil/

ACM-W Europe
January #newsletter is out. Check out our latest information about womENcourage and our latest blog posts all in the newsletter.

ACM-W Europe
In the heart of Trondheim is Nidaros Cathedral – an ornate Gothic masterpiece. Norway’s national shrine built over the tomb of Olav the Holy, the Viking king who christianized Norway.
The Municipality of Trondheim offers to all participants of the ACM #womENcourage a concert experience in the Cathedral as part of the welcome reception.

The Nidaros Cathedral In the heart of Trondheim is Nidaros Cathedral – an ornate Gothic masterpiece. Norway’s national shrine and northern Europe’s most important pilgrimage site. The cathedral is built over the tomb of Olav the Holy, the Viking king who christianized Norway and became the ent...
8    View on Facebook

ACM-W Europe
#Blog: Breath of Fresh Air: Diversity Heroes – Lori Russell Dag. This month’s guest is Lori Russell Dag, who is a instructor at Bilkent University, Turkey. She was involved with ACM and ACM- W and participated in the womENcourage conferences as the registration chair in 2016, 2017 and 2018.
She encourages people to pursue a career in technology saying: "You don’t have to be the smartest, or the most ambitious to make a difference. There is room for everyone, and each career may look different. There is not one way to be a computer engineer or to be involved in tech. Find what you are interested in and shape your career to look like that."

Read more from Lori, and about Celebrating Technology Leaders on our blog.
https://acmweurope.acm.org/diversity-heroes-lori-russell-dag/

ACM-W Europe
Call for ACM #Senior Member Nominations
The Senior Member advanced grade of membership recognizes ACM members with at least 10 years of professional experience and 5 years of continuous ACM Professional membership. Nominations are accepted on a quarterly basis. The deadline for nominations is March 3, 2023.

The Senior Members Grade recognizes those ACM members with at least 10 years of professional experience and at least 5 years of Professional Membership in the last 10 years, who have demonstrated performance through technical leadership, and technical or professional contributions.
View on Facebook