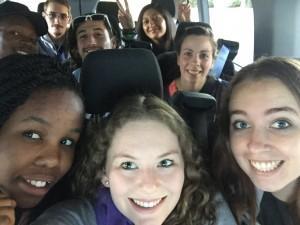 One hundred students attended the South African Center for High Performance Computing’s (SA-CHPC) Ninth Annual National Meeting, November 30 through December 4, 2015, at the Council for Scientific and Industrial Research (CSIR) International Convention Center in Pretoria, SA. They were there to exhibit posters or to compete in the student cluster competition (SCC).

Since the SCC work space was centrally located in the CSIR venue, their activities were a focal point during breaks as conference-goers transitioned. They had a rare opportunity to rub elbows with experts from a variety of scientific disciplines who are shaping aspects of the HPC industry’s future as the region prepares for the Square Kilometer Array project.

The fourth annual SA-SCC, under the leadership of CHPC Supervisors David Macleod, Nicholas Thorne and Trainer Matthew Cawood concluded with Team “Wits-1” winning first prize. All teams worked feverishly for weeks, and each was deserving of a prize, but the “Wits-1” team (with alternates) was ultimately chosen to represent SA this summer at the HPC Advisory Council’s International Supercomputing Conference (ISC 2016) SCC in Frankfurt, Germany.

CHPC, with its favorable student-to-expert ratio, is the perfect incubator for students’ indoctrination to the technical conference experience. That’s where they are most likely to meet mentors who will continue to offer them encouragement as their careers develop. Delegates who will attend ISC 2016 will be among 3,000 attendees and 160 exhibitors, whereas CHPC hosts fewer than 500 and students comprise about 20 percent of the total. By attending the smaller conference first, they won’t be as overwhelmed by larger venues. Some may be fortunate enough to attend the U.S.-based SCXX conference where the student program reflects fewer than three percent of the total (12,868 attended in 2015). This year’s SC conference will be held in Salt Lake City, Utah-U.S.

The SCC teams first formed in April. Everyone participated in a selection round in July, and received a part list and budget in September. Their challenge was to design a cluster with new parts (within budget), load it with specific applications and make it perform well enough to meet certain benchmarks. Some had never read academic journals or papers before, and didn’t know where to find the most current and reliable information.

Their budgets were funded with South African Rands. Unfortunately, by the time parts were ordered, the Rand took a tumble in value, and the resulting financial gap forced them to make last-minute compromises. In the end, they not only learned how to program and build a functional cluster, they learned important lessons in international business, financial planning, leadership, and teamwork.

The CHPC won the ISC challenge in 2013 and 2014, but came in second to a Chinese team in 2015. So, the pressure is on to reclaim their international title in 2016. It’s clear CHPC’s coaching methodology doesn’t emphasize winning, however. “That’s not to say that we don’t think winning is important, it’s just that we have higher priorities. Our goal is to expose as many students as possible to the HPC field at a time in their education when they can take related courses. This means that year after year we self-impose disadvantages by fielding the youngest and least experienced team in the competition. The fact that we are the only team that does this, yet we’re consistently strong, is the greatest win we could have hoped for,” he said.

Macleod emphasized CHPC’s dedication to gender and racial equity. “This is the first time that an ISC SCC team will have more than 50 percent female participation,” he said. While there has been no compromise on the quality of delegates chosen, the team’s composition is noticeably different. Knowing that racial and gender bias are alive and well, their team is driven to work even harder. “When our team performs well we will have had a positive influence on people who believe that fielding a diverse team means compromising it,” he added.

In February the team traveled to Austin, Texas to visit the Texas Advanced Computing Center (TACC), and to Round Rock, Texas to visit Dell headquarters as guests of Dell South Africa and the Dell Development Fund.

The purpose of the trip was to interact with and get advice from TACC and Dell HPC experts, learn about the latest HPC technology, produce their ISC design and find out what a career in HPC can do for them.

“Scientific computing is such an exciting realm of technology and there is a severe lack of skills in South Africa in this particular area. By partnering with the CHPC on the student cluster initiative we have the ability to expose students to the next level of high performance computing via interactions with TACC and the Dell HPC competency in Austin. The level of enthusiasm the students exude is galvanised once they truly understand that HPC is not only about the fastest cluster or FLOPS but more about solving the challenges we face as humanity. Today Dell’s HPC solutions are at work in universities and research institutions around the world and we’re always excited to help the research community and its customers capitalise on HPC, expanding it from a nice market to a broader audience from supercomputing clusters to departmental servers,” said Brad Pulford, Enterprise Solutions Director, Dell SA.

Dell is the team’s travel sponsor and covers the expense for most of their hardware, and Mellanox provides Infiniband equipment. The team is currently trying to decide between K40 and K80 GPUs. “If they choose K40s, we will have enough to compete with the eight I have, on hand,” said Macleod. “If they go with K80s, we will need a little more help from our friends!”

In their own words…

“The explosion of excitement at being selected to represent Team South Africa and the CHPC Student Cluster Challenge marked the beginning of a journey toward greater opportunity and education. The trip to Texas, U.S. where we visited TACC and Dell’s headquarters was not only a cultural dream come true, it was the academic highlight of my educational development, so far. My current challenge is to find time to train while completing my academic degree requirements. However, I feel so privileged that I’m willing to trade a few hours of sleep so I’m prepared for the June competition, trip to Frankfurt and ISC!”
— Ashley Naudé, Stellenbosch-U

“I was honored to be chosen as a reserve delegate of Team South Africa and feel lucky to have traveled to the U.S. At Dell, we were not only exposed to the most amazing computing laboratory, training and development, they treated us like royalty! We met wonderful and inspiring people and learned much more than we ever thought possible in such a short time. The knowledge I gained was invaluable, and the trip gave me new insight and understanding about research computing, in general. In fact, I’m now inspired to pursue an education and career in HPC!”
— Kayla-Jade Butkow, U-Witwatersrand

“This article reminds me how far we’ve come since our adventure began with the CHPC initiative. From reading about the top500 in November, winning the competition in December, visiting TACC’s Stampede system in February, and watching our group coalesce as a team as we prepare for the ISC, we’ve been on an incredible journey of discovery. I’m already certain that HPC is the field of computer science in which I’d like to specialize.”
— Avraham Bank, U-Witwatersrand

Presentations and videos from the 2015 CHPC National Meeting awards ceremony are available on the CHPC web site.

CHPC Director Happy Sithole invites everyone to join him December 5-9, 2016 in East London, South Africa for the 2016 CHPC National Meeting, and SADC HPC Forum. Plan to spend extra time while visiting this beautiful region, and be sure to pack your hiking boots! It will be summer in South Africa, and you’ll find some of the best hiking, bird watching, fishing, swimming, and horseback riding in the world.

East London is South Africa’s only river port city. The nearby Wild Coast region has miles of unspoiled, white beaches framed by thick forests that give way to steep, rocky cliffs. The area is steeped in Xhosa tradition, and their farms are scattered along the coast. It’s sparsely-populated, and it’s likely you’ll meet more cows than people. With a favorable international currency exchange rate, you’ll only be limited your energy and time.

Elizabeth Leake is an external relations specialist and storyteller.

She led a nationally-distributed team of 18 science and technology communicators as the U.S. National Science Foundation TeraGrid project’s external relations coordinator. Her engagement with the global eInfrastructure community began when she served as a point facilitator for the DEISA/PRACE and TeraGrid/XSEDE HPC Summer Schools in Catania, Italy and South Lake Tahoe, California-U.S. An interest in high-throughput, cloud-enabled and VM technologies was ignited when she corresponded for U.S. Open Science Grid All Hands meetings and European Grid Infrastructure (EGEE/EGI) Community Forums.

Many of Leake’s EGI stories were featured by International Science Grid This Week (iSGTW/ScienceNode), and CERN’s GridCast. As a frequent contributor to HPCwire, she now chronicles the activities of the South African Center for HPC, Square Kilometer Array Project and Southern African Development Community (SADC) HPC Forum.

Leake is Vice President of the Association of Computing Machinery Special Interest Group for HPC in Resource Constrained Environments (SIGHPC-RCE), and adviser to Sustainable Horizons Institute. She was program chair of the Southeast Wisconsin HPC Consortium’s (SeWHiP) Data Symposium 2012, participated on Supercomputing Conference (SC) Communications, Doctoral Showcase and Mentor-Protégé committees and was Deputy Chair of the SC14 Broader Engagement Program. She was invited to participate on the “Careers in Cyberinfrastructure” panel at the Advancing Research Computing on Campuses (ARCC’16) conference sponsored by the U.S. National Center for Supercomputing Applications where her presentation was titled “How to Recruit & Retain Gen-X Unicorns.”

She founded STEM-Trek, a global, grassroots nonprofit organization that supports travel, mentoring and professional development opportunities for science, technology, engineering, and mathematics scholars from underrepresented groups and regions. Through its NGO platform, Leake is an industry voice and advocate for HPC-curious scholars everywhere.