Inspiring Future Engineers One Blinking Light at a Time 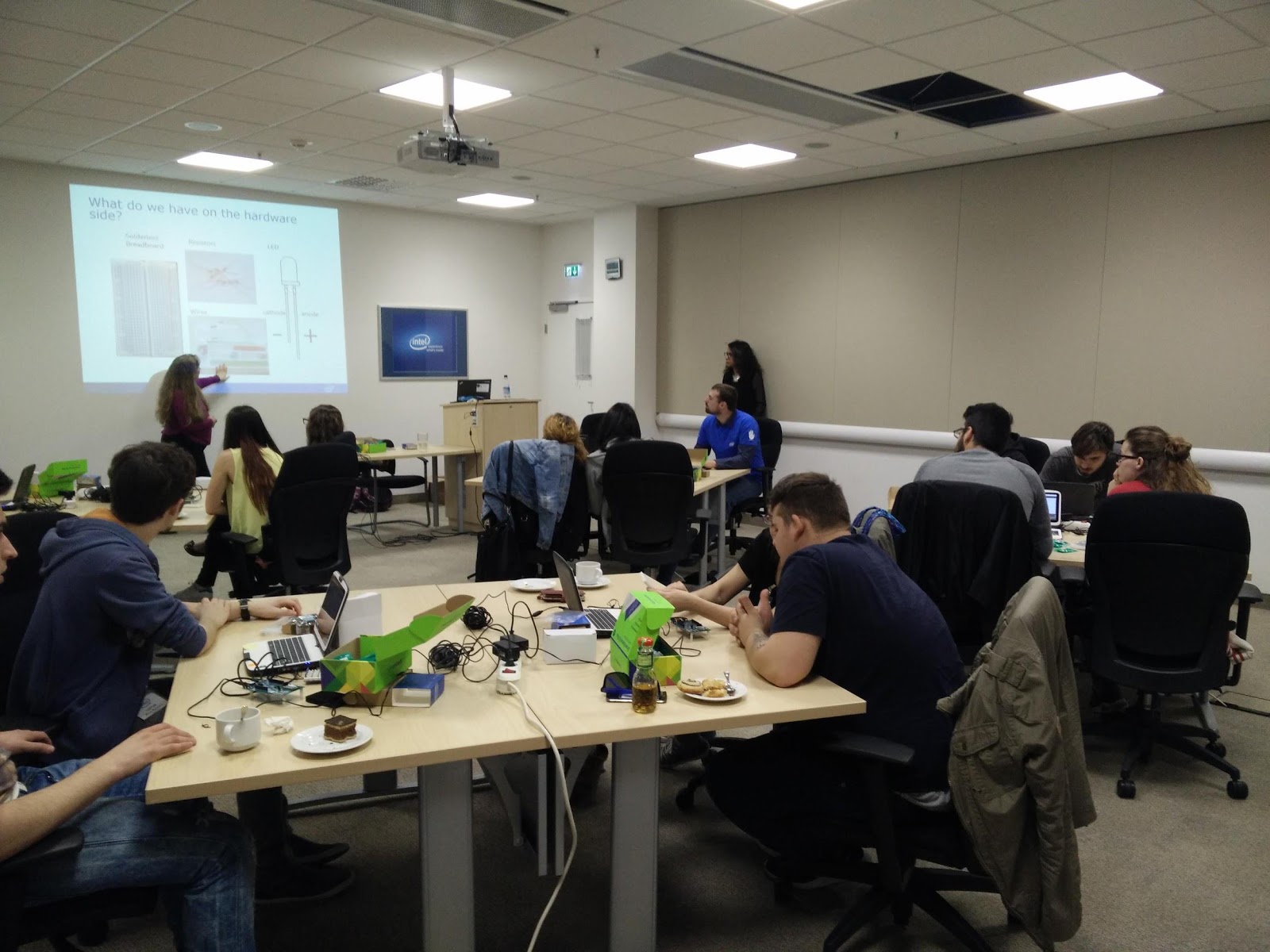 According to many reports, there will be a significant gap between the number of technical positions and experts needed to fill them by 2020. My belief is that in order to fill these positions we need to start by inspiring kids at younger ages. To that effect, I have developed a workshop on basic electronics targeted to kids 9-16. My goal is to inspire them to try more programming and learn more about basic sensors and electronics.

In the past year, we have held 6 workshops, two in the last week. For 3 of the workshops, our participants were from the Greek International School in Munich Germany. Additionally, we held two girls day workshops in Munich (April 2015 and April 2016) and one at womENcourage 2015 in Uppsala Sweden.

One thing I learned is that teaching kids is really inspiring for the trainers, through the experience of teaching multiple workshops, I am building a set of best-known methods for delivery of the workshops. 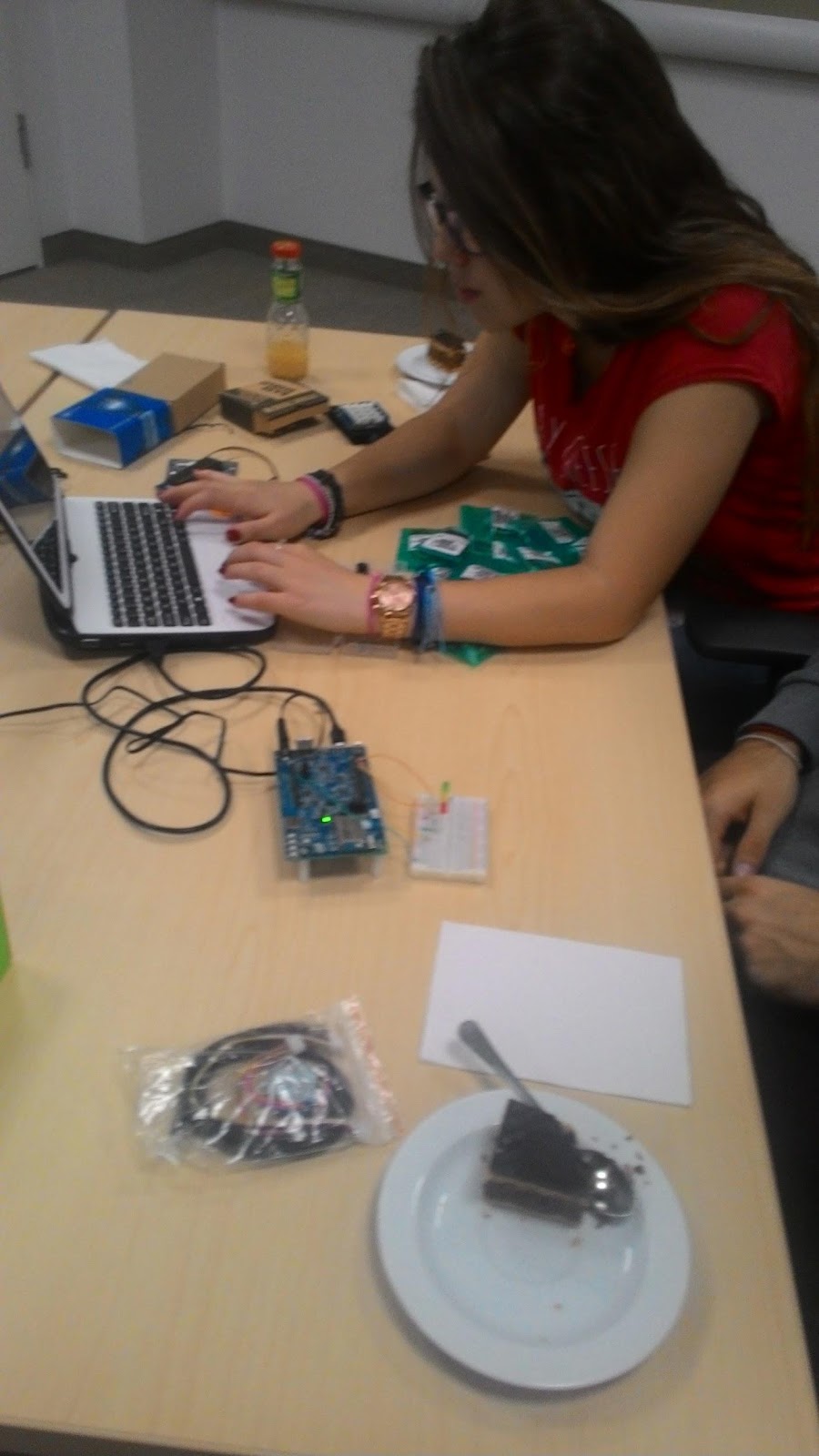 The workshop for kids 9-13 uses breadboards, LED’s, a button and a buzzer to get the kids interested. What we found is that kids love it and since they have seldom touched a motherboard or electronic hardware. Learning about how an electrical circuit works and how to make components work is totally new to most students. In groups of two, the students are instructed how to establish an electronic circuit using the wires and LED’s then instructed to change the program to demonstrate different blinking patterns. Soon students become creative and build something which is not in the handbook. The entire class becomes fun when the students start making their creations. The key learning is how the software program and the hardware work together, for example, to change between simultaneously blinking and alternating blinking there is only a small software change to be made. Once they understand this then suddenly the project takes on a new theme.

In the workshop for the 14-17-year-old students, they graduated after the first blinking lights to the Seed Studio Grove Kit. Using the kit, the students have more possibilities in what they can make.

With many different types of sensors and output devices, there are many more opportunities to get more creative and fulfil your imagination. We walk them through the setup of a few sensors then allow them to explore possibilities on their own. At the end of the session, we have kids who are very interested in exploring further both programming and electronics. Of the 63 kids that we taught this week, 50% were girls, if only a third of them decide to study a STEM field in the future then we have accomplished our goal of providing more technical workers for the future.