In the early days of 2022, ACM has recognised 71 computer scientists as Fellows.  The ACM Fellows program recognises the top 1% of ACM members for their outstanding accomplishments in computing and information technology or outstanding service to ACM and the larger computing community. Fellows are nominated by their peers, with nominations reviewed by a distinguished selection committee. Professor Paola Inverardi is one of the women computer scientists from Europe recognised this year. 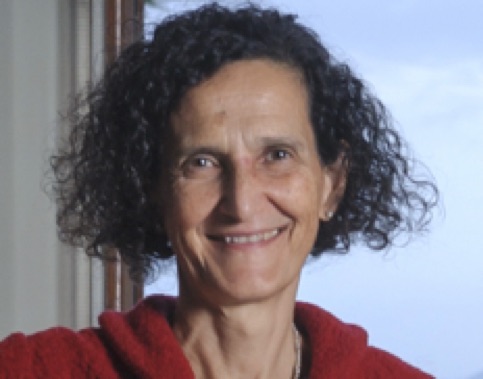 Paola Inverardi is a professor at the Department of Information Engineering Computer Science and Mathematics at the University of L’Aquila. Professor  Inverardi is also an IFIP fellow. She is the recipient of the IEEE TCSE Distinguished Service Award for outstanding and sustained contributions to the software engineering community. She is a member of  Academia Europaea, and she received an Honorary Doctorate at Malardalen University and Shibaura Institute of Technology, Japan. She serves in the Scientific Advisory Board of the Internet Interdisciplinary Institute, Universitat Oberta de Catalunya, and in the scientific council of Consiglio Nazionale delle Ricerche, the largest public research institution in Italy. She is the Vice-chair of EU TPC of ACM and a member of the ACM Tech Policy Council. She is an Advisory Board member of the Elsevier Science of Computer Programming journal and Associate editor of Springer SN Computer Science, Elsevier Computer Science Review, Springer Computing journals. She is the past Associate Editor of IEEE Transactions on Software Engineering, and ACM Transactions on Software Engineering and Methodology.

Professor Inverardi’s research area is in the application of rigorous methods to software production in order to improve software quality. In the last decade, her research interests concentrated in the field of software architectures, mobile applications and adaptive and autonomous systems. In the last years, Professor Inverardi is working in the promotion of responsible computing. Currently, she leads a project to develop software solutions to protect users’ ethics in the interaction with autonomous technologies.

“We live in the digital world, where every day we interact with digital systems either through a mobile device or from inside a car. These systems are increasingly autonomous in making decisions over and above their users or on behalf of them. As a consequence, ethical issues, privacy ones included (for example, unauthorized disclosure and mining of personal data, access to restricted resources) are emerging as matters of utmost concern since they affect the moral rights of each human being and have an impact on the social, economic, and political spheres.” (Source: The European Perspective on Responsible Computing)

Since April 2009, when L’Aquila was struck by a devastating earthquake that caused 309 fatalities and destroyed the entire town and its surroundings, Professor Inverardi has been predominately involved in the reconstruction of the University, as Dean of the Faculty of Science and from 2013 to 2019 as Rector of the University of L’Aquila (UDA). In her role as Rector and computer scientist, she has succeeded to set up large scale projects that bring in the context of the reconstruction of the town cutting edge research and technology. For example, the INCIPIT project (http://incipict.univaq.it), entirely managed by the University of L’Aquila, builds a research infrastructure that consists of an experimental Optical Ring to connect the main and the most important sites of L’Aquila City. On top of this infrastructure, researchers experiment with innovative wireless technologies, middleware, and services. The role played by the University in the reconstruction process has contributed to the selection of the city of L’Aquila by the Ministry of Economic Development as one of the 5 sites in Italy and in Europe that will carry out 5G experimentation in the field. The University signed a research collaboration agreement with ZTE Italy, which was instrumental to open a ZTE research center in L’Aquila with a focus on 5G technologies, IoT, and smart cities solutions. As a member of the executive board and vice-president of the public-private partnership Radiolabs,  Professor Inverardi has strongly promoted cooperation with major companies (Leonardo, Telespazio, Ansaldo-STS and FCA) to experiment with solutions for connected vehicles that rely on accurate geo-localization and 5G connectivity.

Professor Inverardi got into Computer Science, when she moved to Pisa in 1975, to get a Bachelor’s Degree. The University of Pisa was the first university in Italy, that had a BSc degree in Computer Science. She was taught by faculty that came from engineering, maths and physics, and her first programming experience was with punch cards! Upon graduation, she worked in Olivetti on the CNET project, which built the whole chain from virtual machines to distributed machines, to support distributed programming (Source: Conversations About Challenges in Computing).

“Interestingly, at the time of my studies in Computer Science, there was a large percentage of women that eventually turned dramatically down. Concerning my career, I believe not only mine, but the women of my generation in academia have also taken the advantage of working in a new growing context that did not have the rigidities and gender bias of more established sciences.”

To turn things around again, Professor Inverardi during her rectorate has promoted many actions concerning diversity. Among the many: the University of L’Aquila has been among the first Universities in Italy to present a Gender Budget, which is a document, aimed both to analyse and to evaluate policies and financial commitments of Administrative Institutions, from a gender perspective. She has also led the creation of the Pinkamp initiative a summer camp for higher schools girls to practise mathematics and computer science.

Heartfelt congratulations to Professor Inverardi for her contributions to software architecture, and for being an inspiring role model to young women considering a career in computer science.