Each year we meet incredible women at womENcourage™ celebrations. We ask womENcourage participants to tell their stories in blog posts. We continue 2022 Erona Aliu,  who was a fourth-year Computer Systems student when she participated in womENcourage. Her family is originally from Kosovo and immigrated to Ireland in 99’ to escape the war, and she was born in Ireland shortly after.  She planned on returning to Amazon Web Services as a graduate software engineer after she finished University. 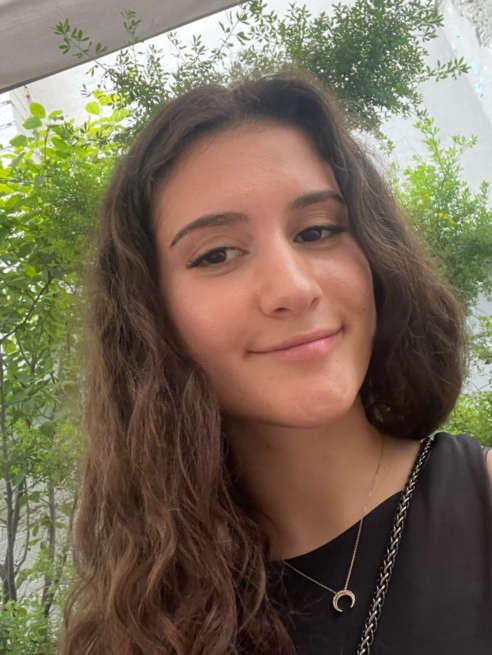 I have been inspired by science and drawn to its wonders from a young age. When I was eight years old, we visited the Kennedy Space Station. From the moment I stepped into the building, I was enthralled. I do not recall this, but my family told me that by the end of the tour, when the guide asked, “who wants to be an astronaut” my hand was the first to shoot up before they even got to finish their question. This enthusiasm remained dormant in me for a while as I was pulled back into an everyday routine of home-school-eat-sleep when I came back to Ireland. There were not many opportunities for me to rekindle my love for space.

Fast forward eight years, an announcement on the intercom for a NASA Ames Space Settlement Contest at my secondary school brought my excitement back. I rushed to take part and made some great friends too! I learned an immense amount about space science and how to perform better quality research and ended up falling in love with the space industry all over again. This was the rekindling I needed, the opportunity to remind me that this is something I want to learn about, and it is a topic I thrive in.

Everything I did growing up left me curious about how things work. Video games: how do the controls make the character on the screen move? Learning about medicine: the medical devices interested me the most; how does an ECG measure your heart’s electrical activity? How did those rockets know when to cut off from the main engine? In conclusion, everything I mentioned can be programmed by computers. After coming to this realisation, I began looking at career prospects for computer scientists in the space industry. I found that people who are enraptured by computers are also desired in the space industry. This was a huge bonus for me. Thus, I had Computer Science as my top choice at the University of Limerick.

At the university, I learned quickly that programming is something that you have to really readjust your thinking to be good at. I struggled immensely with my programming modules in the first year, almost failing by getting D grades while the rest of my grades were all As and high Bs. I was at my wit’s end when I decided to spend the summer prior to my second year studying, redoing labs I found difficult as well as projects. My second year was very difficult but I managed to pull through and got a high B in programming. This was an amazing achievement for me – a girl who went from failing something she is passionate about to putting in a copious amount of effort to get better. Along with friends to back me up as well as my strong drive to become a programmer, I became more comfortable with learning new languages. I noticed I began to become the woman I dreamed I would be from the day I stepped into that Space Centre in 2008.

My luck with applying for internships in the very few space industries in Europe was next to null. I applied for Computer Science internships in CERN In Switzerland, ESA in France and a plethora of space-related industries in Germany. I then began to look at more software-driven companies, especially the FAANG (Facebook Apple Amazon Netflix Google) companies that my fellow computer scientists were immensely attracted to based on their reputation and opportunities for programmers. I applied for Apple, Unity and Amazon student internship opportunities. I got interviews for all of them. Apple – I failed at the first stage, and I was okay with this as it was my first ever proper interview. Unity – I failed in the third stage, I was also okay with this because I was one of four selected out of 1000 applicants to get an interview. I received positive feedback and improvement tips.  So for my last opportunity with Amazon, I was well prepared. I passed an online interview and a virtual coding and personality interview.  And finally, got a summer internship with one of the top companies in the world!

Getting an internship at Amazon was and still is an incredible achievement; however, impostor syndrome will come and make you question everything about yourself. I noticed this is something that really affects my performance, I almost end up manifesting failure if I think like this – “I don’t deserve to be here”, “They definitely regret picking me”, “These guys are definitely thinking that they got the dumb intern”, etc. During my internship, I learned to alter these thoughts into something productive. To the thoughts I mentioned above, I would respond with – “Why would they pick someone who doesn’t deserve to be here”, “Who cares what they think? I’m here to learn”, “Again, who cares what they think, I am here to learn and I am on my own time”, respectively. Working among some brilliant minds, I saw this internship as a privilege and an opportunity I could not pass up – I picked at their brains, learned as much as I could about anything and everything, absorbing as much information as possible like a sponge in a pool of invaluable lessons.

In summary, I was a first-year computer science student on the cusp of failing her programming modules, and I went on to succeeding a coding interview with one of the most prestigious companies in the world. If I can do it, you can. You just really have to want it. Now, I am a final year computer science student with a return offer from Amazon as a graduate software engineer, ready to delve into the world of computer science and eventually find a way to combine it with my love for the space industry. I am on track to becoming the woman my 8-year-old self would have looked up to and dreamt of becoming.