This May we celebrate the 10th Anniversary of ACM-W Europe. This journey has been one of growth and friendship as we build our member network. We have many events planned to celebrate our anniversary including a gala later in the year. However, it is fitting that the celebration focuses on our valued members. It is our members that have volunteered to support each other, and network together to promote women in all aspects of the computing field. We will continue to thank our members throughout the year and this month we are thanking Dorota Filipczuk, who is part of the womENcourageTM Steering Committee and has served as Hackathon Chair in the celebration for several years. 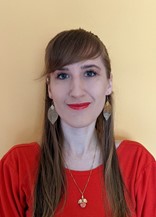 How long have you been a member of the ACM-W Europe?

I became an ACM student member and joined ACM-W in 2015.

Why did you join?

That year, I received a scholarship to attend the ACM-WE Celebration of Women in Computing: womENcourage in Uppsala, Sweden. I really enjoyed the event and joining ACM-WE afterwards was a natural step for me.

How are you associated with the ACM-W Europe?

A couple years after I attended womENcourage as a participant, I got involved in organising the event – I joined the 2018 Organising Committee as the Hackathon Chair. Since 2019, I have been volunteering as a member of the womENcourage Steering Committee.

How has the ACM-W Europe impacted you?

While being part of the ACM-W Europe network helped me in many ways over the years, I think the most important benefit I gained from being an ACM-W Europe volunteer has been the opportunity to meet amazing leaders. Working as part of this international community, I got to observe many people I consider as role models. This experience taught me what leadership really means, and that it is not necessarily the same as being a manager or an organiser. And, although people’s leadership styles differ, at some point I noticed that there is something successful leaders have in common: they care about people. In fact, leadership is not about telling people what to do. Quite opposite – it is about supporting them in what they want to do. It all may sound trivial, but growing within the ACM-W Europe community, from a student member to the womENcourage Steering Committee member, I got a practical lesson of leadership which I don’t think I would have got anywhere else at such an early stage of my career.

womENcourage – Celebration of Women in Computing

Call for Expressions of Interest for 2024

It’s this time of the year when we are opening a call for hosting womENcourage 2024.

Here is the timeline:

Notification of a successful EoI: by 28 November 2022

Notification of a successful Proposal: by 1 March 2023 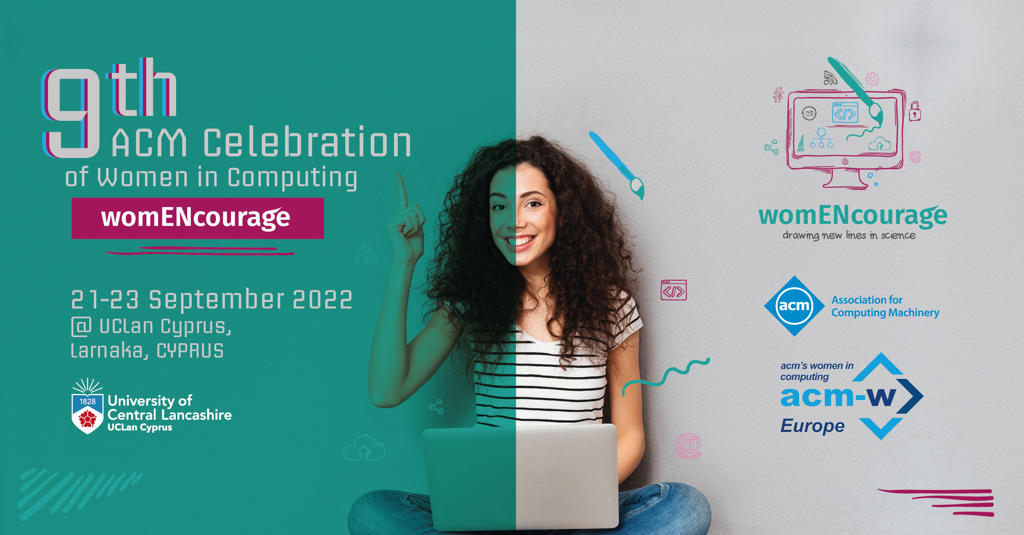 In 2022, womENcourageTM invites the Arts to join our celebration! The theme of this year’s celebration is  “Drawing New Lines in Science”. This year’s ACM womENcourage 2022 recognises that both the Arts and STEM (Science, Technology, Engineering and Mathematics) share a focus on creative thinking, problem-solving and experiential, immersive learning. We are celebrating ways in which the Arts relate to STEM, often referred to as STEAM (Science, Technology, Engineering, Arts, and Mathematics). The venue for womENcourage 2022 will be the campus of the University of Central Lancashire, Cyprus (UCLan Cyprus). Find out more and take a virtual tour of the campus here.

Each year we meet incredible women at womENcourage™ celebrations. We ask womENcourage participants to tell their stories in blog posts. We continue 2022 with Beatrice Eveline Gherbezan,  who is a 3rd-year Chemical Engineering student at the University of Limerick in Limerick, Ireland who was hesitant to participate in a celebration not related to her course but found a family in womENcourage.

“…more than just a conference, being part of a determined team…”

As I was not only participating but also volunteering at the event, I got to take part or at least see snippets of each and all the talks and tutorials. I could never pick one of the events over the others, yet I could admit that “How to start a local chapter” helped me realise that I should focus on myself rather than on how others are doing. Being part of the volunteering team made me realise the importance of open but professional communication. I learned how to listen to other people better. I can wholeheartedly say that the ACM womENcourage conference helped me improve my teamwork, management, orientation, and computer skills as at the helpdesk, you are helping people dealing with many different problems. At the end of the day, I could say the volunteering team and the organisers made me feel so welcome that it felt like we were one big family.

Read more from Beatrice on our blog.

2022 Candidates for ACM President, Yannis Ioannidis and Joseph A. Konstan are working together to solicit and answer questions from the computing community! Ask your questions on this page.

On diversity, the candidates responded:

You can find all their responses to the first round of questions here.

The ACM-W Communications Committee is pleased to announce several position openings. Please take a look at the announcement, and share as appropriate with your team, and anyone you think might be interested in applying or nominating a candidate.  More details here.

The Walter Benjamin Programme enables researchers in the postdoctoral training phase to independently conduct their own research project at a location of their choice. The project can be carried out at a research institution in Germany or abroad, with the host institution providing support for the project.

The Deutsche Forschungsgemeinschaft (DFG, German Research Foundation) is now expanding its existing funding measures for academics who have fled their home country by opening up the Walter Benjamin Programme with the aim of enabling this target group to become integrated into the German research system. In the current situation, this practical support measure for refugee researchers from all regions of the world is also an expression of solidarity with researchers from Ukraine as well as persecuted researchers from Russia.

Deadlines: Proposals may be submitted at any time.

To learn more about awards, we recommend the article by the ACM President Cherri M. Pancake, who dispels some common myths about ACM Awards and Honors in the Communications of the ACM, August 2019. One of the myths is that the ACM Awards never honour people working outside North America. Prof. Pancake writes that even though nothing would make ACM committees happier than to recognise the achievements of people from around the globe, there are very few nominations. Source: Dispelling Common Myths About ACM Awards and Honors.

ACM-W Europe
ACM-W Europe 10-year #Anniversary - We continue to thank our members throughout the year and this month we are thanking Erika Abraham.

"I am deeply involved in the activities of the WIRE Working Group, as well as in a related European COST Action named Eugain (European Network For Gender Balance in Informatics). Being associated with ACM-WE allows me to build bridges between these activities and those of ACM-WE, such that we can exploit each others’ experiences and strengthen each others’ impact."

ACM-W Europe
We are excited to announce the ACM-W Europe 10th Anniversary Celebration to highlight the organization's activities on its mission to support, celebrate, and advocate for the full engagement of women in all aspects of the computing field in Europe and beyond.

Register now to receive the link to Zoom session: https://acm-w-europe-10.eventbrite.com

ACM-W Europe
The latest blog is from Jessica Oo who wrote about remote work and remote conferences, having attended womENcourage online in the past.
https://acmweurope.acm.org/the-pandemic-impact-on-remote-work-and-remote-conferences-by-jessica-oo/

ACM-W Europe
The deadline for nominating a fellow ACM-Women member for our Rising Star Awards is almost here! You can submit the nomination by November 30, 2022! The award recipient will receive a framed certificate and a $1,000 stipend. We encourage self-nominations. Please find more details about the award and how to apply on the website: https://women.acm.org/awards/rising-star-award/

ACM-W Europe
Do you want to organize the #womENcourage 2024? Don't miss out the deadline (10th of November) for expressing your interest!
Check out the details on our website: https://acmweurope.acm.org/celebrations/